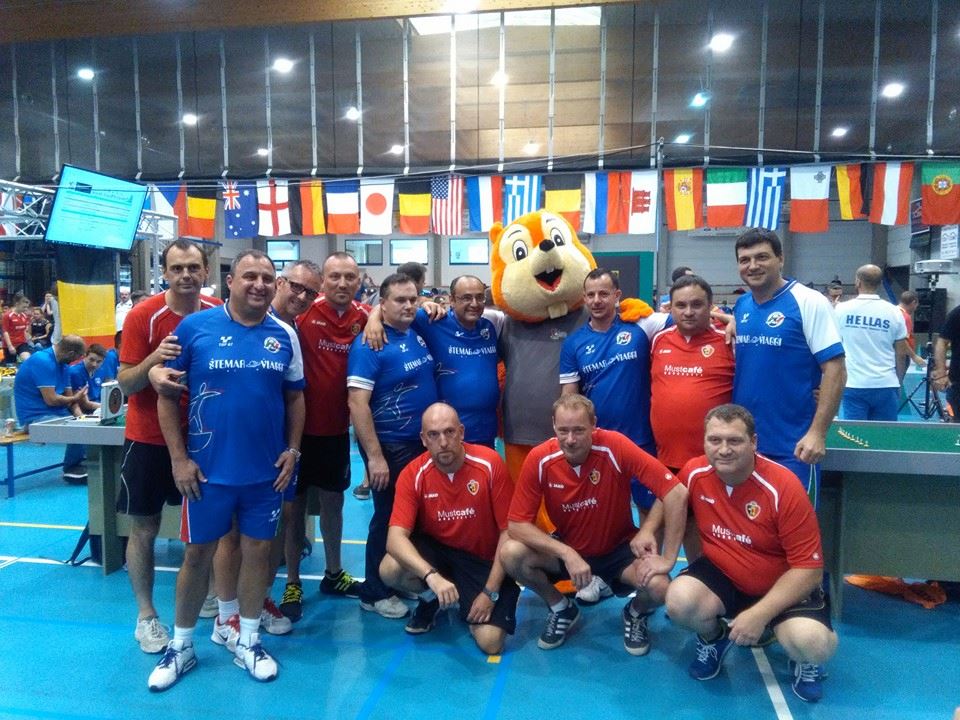 Austria’s Wolfgang Leitner broke a seven-year Latin domination of the table football world when he won the Open category of the 2016 FISTF World Cup in the Belgian city of Frameries over the weekend.

Almost 500 competitors – men, women, veterans and youth categories — competed to find out who is the best in table football, historically known as “Subbuteo”.

The Federation of International Sports Table Football (FISTF) was founded in 1992 and is the governing body of sports table football. Among its many functions it provides oversight for international competitions, produces the world rankings, organises the official world cup, and determines the playing rules for the game. FISTF President Alan Collins was on hand to present trophies, chair the organisation’s AGM, and liaise with official guests from local government, manufacturers and national table football federations. These included the newly formed Russian federation who were participating in their first World Cup.

“It’s great to have the Russians, Australians, Japanese and Americans here,” said Collins. “The game is going through a global regrowth and it’s great to see more and more countries getting on board.”

Collins also thanked Olivier Pere and the local organising committee. “Putting on events of this size for our sport is a mammoth task. Olivier and his team have done a smashing job.”

In the Open final, Leitner beat Italy’s Luca Colangelo 2-1 in an exciting match, to break the stranglehold of Italy and Spain on the title, who had dominated the category since Dutchman Eric Verhagen’s win in 2008.

Nevertheless, the tournament was a gold mine for Italian table football, with the Azzuri picking up four out of six individual titles, including a clean sweep of the U19, U15 and U12 categories. Italy also won four of the six teams’ events with Belgium picking up the other two.