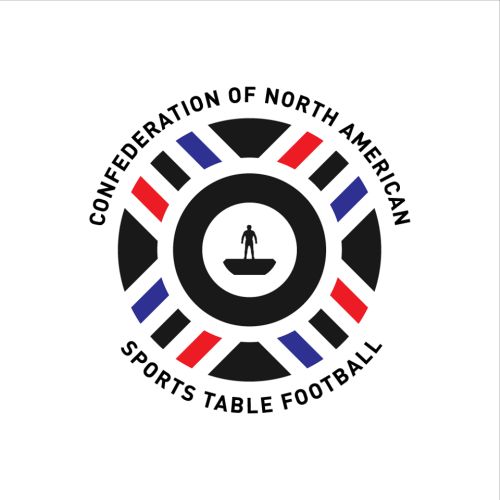 FISTF is pleased to announce another important step in the development of our sport globally with the creation of a third continental confederation, in North America.

After several months of communication and exchanging proposals and ideas between FISTF Secretary General Horst Deimel, President of Subbuteo Canada Mike Sgro and ASA Board Member Bryan Arnold, a final skype meeting agreed on the formation of  the Confederation of North American Sports Table Football (CONASTF).

The American Subbuteo Association and Subbuteo Canada are now set to enjoy the game with sporting rivalry in the future.

FISTF saw the need of the Confederation of North America from several directions, such as to stage sporting events, youth development, sponsorship and media coverage.

“Sports Table Football can only be developed within regional organisations where Member National Associations and all their players and clubs are able to compete on a sports and hobby level on the green table, as well as in an organisational environment,” said Horst Deimel.

“Emerging together and exchanging ideas and experience will lead to a well prepared North American championships or Cup. All FISTF categories will one day be offered to the players, when time will open these doors. The umbrella for development is now in place for a structure to work, and all US and Canadian players shall be invited to be a part of it.”

“Without FISTF’s vision and foresight to bring together Canada and the USA in discussions for such a venture, this agreement would not have been realized,” said Bryan Arnold.

“We are grateful to be part of a worldwide governing body that is trying to grow the sport in North America”, said Mike Sgro.

The formal signing of the foundation document happened on Saturday, the 8th of February 2020. We beg the understanding of our North American partners for the delay in formally making this announcement, given recent occurrences around the world.

Deimel said the creation of CONASTF should be seen as a boost for the game world wide.

“It signals the positive development within FISTF and a good vibe for the creation of other confederations. Members can see that activity projects are finalised,” he said.

“In the past Europe had an efficient confederation and many world class players emerged since 1964. The same is happening in Asia (since 2015) and South America (since 2010) with players getting better. The final region will be an African Confederation in the next 6-10 years and with South Africa we have one active emerging country.” 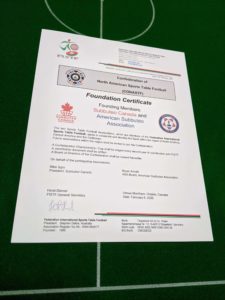 Future of Sports Table Football (aka Subbuteo) in North America

“Table soccer in North America can have a rosy future. Stewardship with community mindedness and an adventurous spirit can be valued to depend upon. Growing relationships in local communities will be such as with gamers, venue facilities, media, potential sponsors, and the young and old alike,” Arnold said.

“It brings me great joy to be able to bring the Canadian contingent to the point where we can help the American Subbuteo Association build a wider Subbuteo community in North America”, commented Sgro.

“The game is unknown to most in these parts, so the exposure these efforts will bring is something I am personally very excited about”

Above: The signed document. 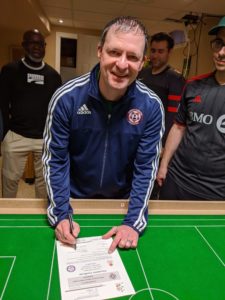 First US vs Canada match

“I am thrilled that this confederation will bring about high level cooperation, new relationships, and competition across the pitch. I look forward to international competitions between the two founding countries, and hopefully many others throughout the North American continent,” Arnold commented.

“This would be Canada’s first team match to my knowledge, so the thought of being able to face off against our only neighbours to debut our national side is something I am eagerly awaiting,”  said Sgro. 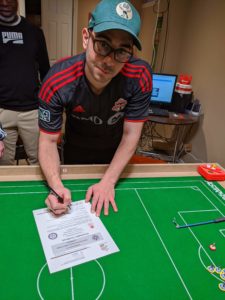 Motivation for the Confederation Cup 2021

“As many know, there exists a friendly rivalry between Canada and the USA in many sports, including hockey and soccer. A Confederations’ Cup amongst North American table soccer associations can gather the same positive energy for our sport. The new confederation can be a vital catalyst for increasing interest in the game across the continent, ” said Arnold.

“A regular major international tournament in the region will help bolster competition on the same level as it has for Europe, South America and Asia. We are hoping to make it the most successful competition North America has ever seen”, said Sgro. 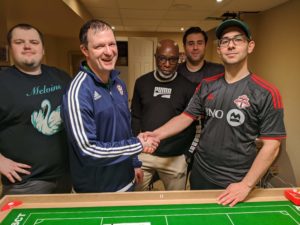 Left: The historical hand shake between the two associations. 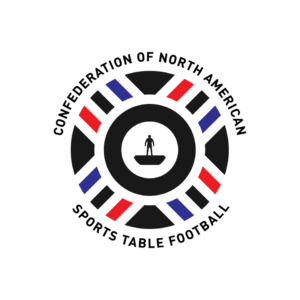 We thank all parties involved