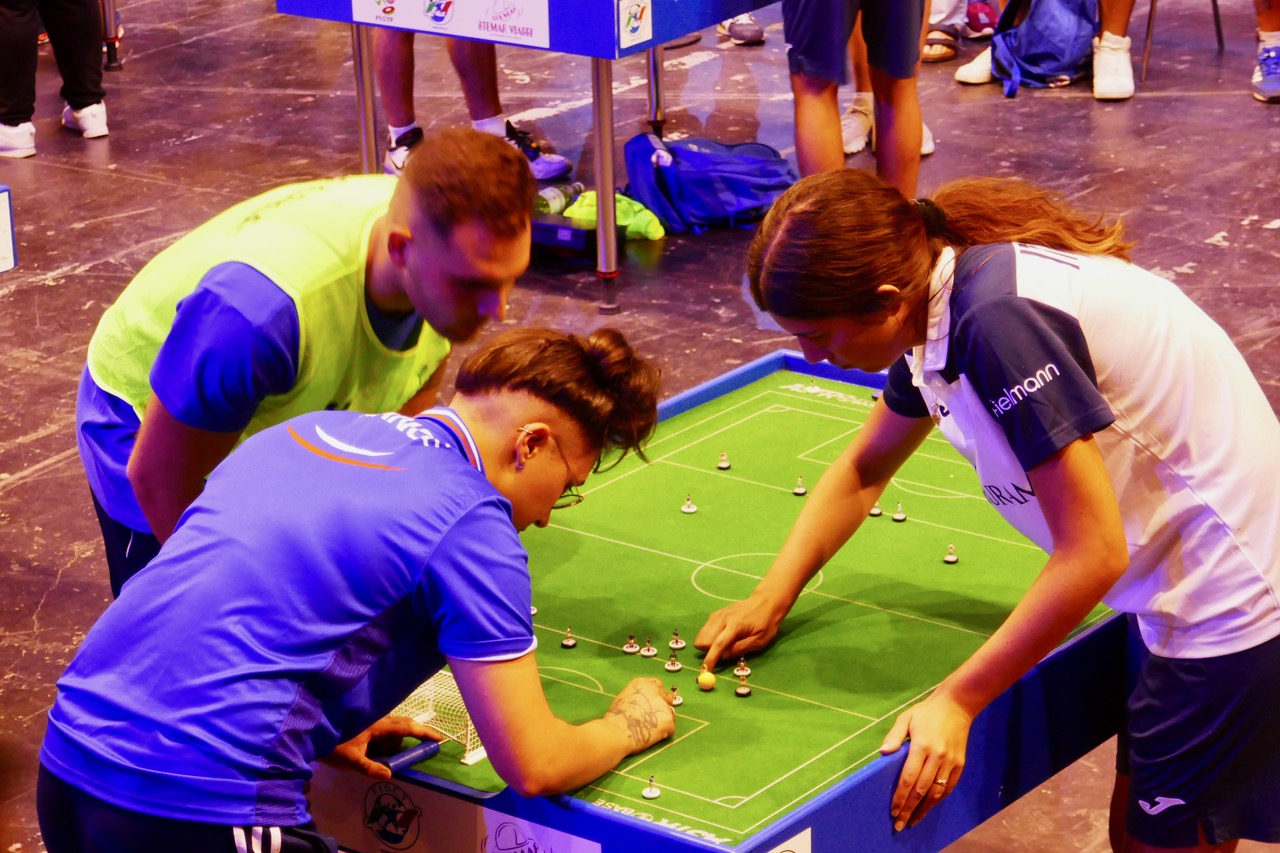 Rome – Italy’s Eleonora Buttitta  won the FISTF World Cup Women’s event, with an enthralling 1-0 win over France’s Margot Diradourian.
With time ticking down, Diradourian forced a ‘back’ against the Italian, and the referee added six seconds for the shot to be taken, but Buttitta saved to claim Italy’s first women’s event since Giuditta Lo Cascio took the title in 2011.

The win by Buttita was revenge for the last World Cup in 2018 in Gibraltar where she lost the final against France’s Audrey Herbaut (FRA) 2-1.

Eleonora BUTTITTA (ITA)
On her feelings after winning:
“I am super happy. I couldn’t believe it. It was a really high-quality tournament. After the last World Cup in Gibraltar when I made the final but lost, I believed and hoped this time.”

On what she learned from the group phase game against DIRADOURIAN earlier on Saturday:
“I learned that I need to manage the game well. That’s something that I think is more important in team events but it’s also really important in individual events. So it’s not just technical but also understanding the moments of the games. In the second half of this final I made many mistakes but in the end it went well.”

On how she will celebrate the victory:
“With a pasta carbonara tonight probably and a beer but not too much because tomorrow we have the team event, so I’ll celebrate more next week.”